There are so many things to do in New York City, where do you start? Rent an RV, and grab a campsite close to the city and start crossing these great things to do off of your list.

Metropolitan Museum of Art – wander through the corridors of this museum exploring 5000 years of history. There is so much to see here that it is a good idea to plan which exhibits you would like to see unless of course, you would like to spend your whole vacation inspecting these halls. 1000 5th Ave, New York NY.

Times Square – when people think of New York, Times Square is one of the first things that comes to mind. From watching the ball drop on New Year’s Eve to the billboards with underwear models, Times Square welcomes hundreds of thousands of people over its sidewalks every day. Manhattan New York.

The Empire State Building – this has been the setting for many on-screen romantic scenes and who knows how many real-life marriage proposals. You could climb the 1576 stairs to the observation deck on the 86th floor, or you could take the elevator. 350 5th Ave, New York NY.

Museum of Modern Art – MoMA is a wonderful collection of some of history’s most famous and recognizable artworks. From van Gogh to Matisse this is a place that you will want to spend the afternoon. 11 W 53rd St, New York NY.

9/11 Memorial – stop and take a moment of reflection at the 30-foot waterfalls that sit where the World Trade Center used to stand. The falls commemorate the 2,983 people that lost their lives on September 11, 2001. 180 Greenwich St, New York NY.

Broadway – what is a trip to the Big Apple without at least one Broadway show. Just think of all the famous Broadway shows there have been, from Phantom of the Opera, Cats, Wicked, Mamma Mia and The Lion King there is a musical for everyone of every age. Over 30 theatres surrounding Times Square, New York NY.

Things to do with Kids in New York

When traveling with kids it is important to keep them busy. There is a list of things that the kids will like to do when they are not hanging out at the campsite with the rental RV.

Grand Central Station – as you are rushing through the terminal stop and lookup. Painted high above the hustle is the celestial sky. Just don’t base a science lesson on it as it is technically inaccurate. 89 E 42nd St, New York NY.

The High Line – walk the 20 blocks along the abandoned train tracks. There are free weekly drop-in workshops for kids during the summer. Many access points on 10th Ave, New York NY.

New York Hall of Science – there are hundreds of hands-on exhibits where kids can learn about science, technology, and math. 47-01 111th St, Queens New York.

Brooklyn Bridge – the mile-long walk gives you some of the best views in the city. From the Statue of Liberty to the Freedom Towers the view is unbeatable. Brooklyn Bridge, New York NY.

New York Aquarium – from penguins to otters, sea lions to sharks there is something to entertain all the kids in your family including the grown-up ones. 602 Surf Ave, Brooklyn New York.

Macy’s Thanksgiving Day Parade – from marching bands and horses to larger than life characters like Snoopy, Spiderman, and Papa Smurf, this parade is one of the oldest in the country and must be seen. Central Park West, New York NY.

Children’s Museum of Manhattan – visit Dora the Explorer, also visit the exhibits that show how children live in other lands. City Splash is a favorite in the summer, but bring a change of clothes just in case. 212 W 83rd St New York NY.

Dylan’s Candy Bar – if Willy Wonka was a real person this would be his store. Three floors of every candy imaginable. 1011 3rd Ave, New York NY.

Brooklyn Children’s Museum – this museum was the first of it’s kind when founded in 1899 as the first-ever children’s museum. 145 Brooklyn Ave, Brooklyn New York.

Bronx Zoo – spend the day looking at the African Plains watching the lions, giraffes, and zebras. Or check out the Himalayan Highlands and try to find the elusive snow leopards or the adorable red pandas. 2300 Southern Blvd, Bronx New York.

Comments Off on Things to do in New York 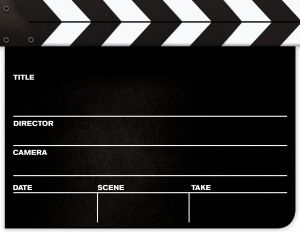